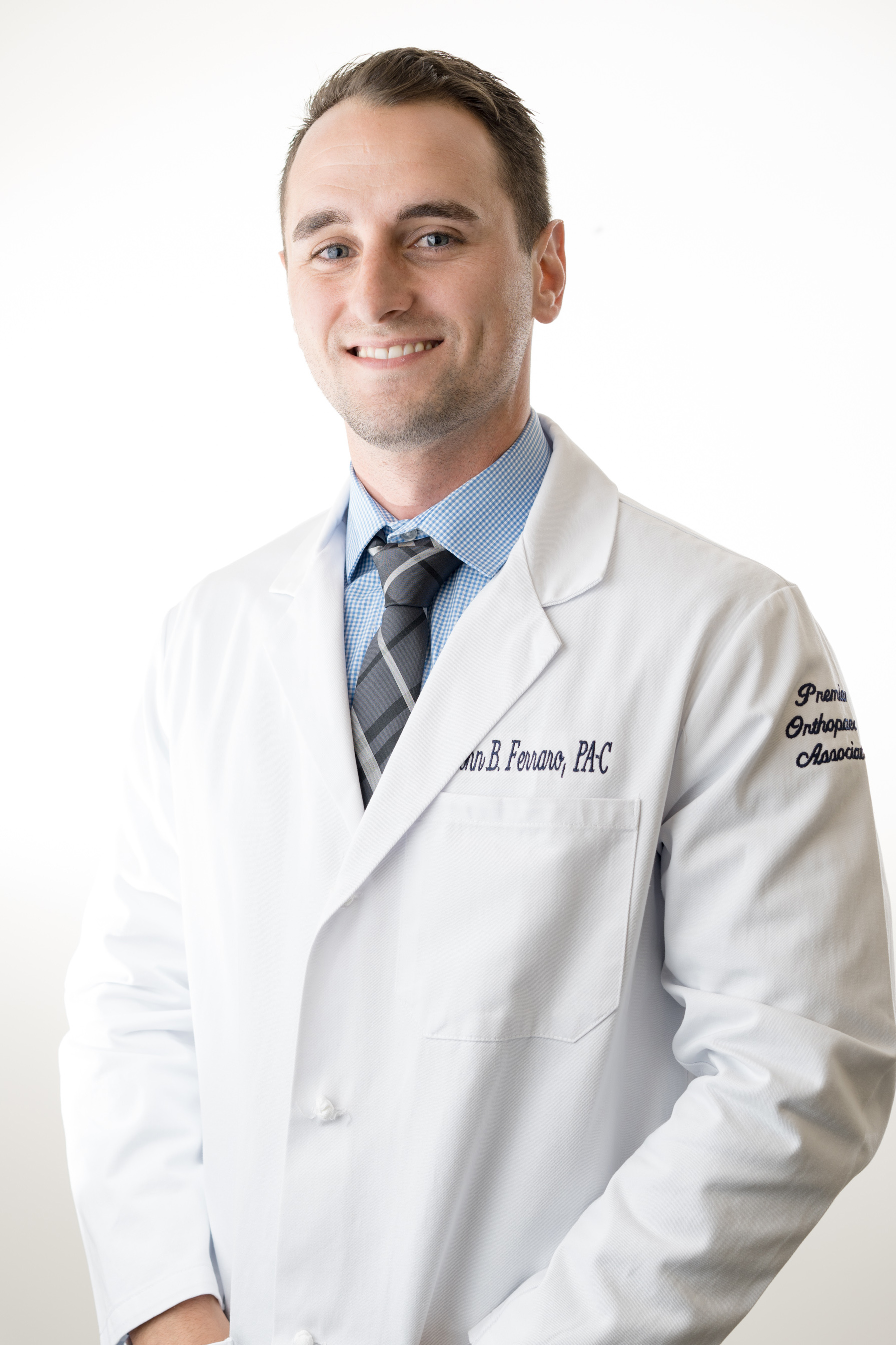 John B. Ferraro is a certified Physician Assistant specializing in the treatment of the spine. John has several years of experience working in spine, general orthopedics, and sports medicine. He attended St. Joseph’s University in Philadelphia, PA from 2007-2011. He graduated from St. Joseph’s with honors in 2011, receiving his Bachelor’s Degree in Biology. After graduating in 2011, he spent nearly two years working alongside the surgeons at Premier Orthopaedic Associates developing an in depth understanding of general orthopedics. Given his strong passion for orthopedic surgery, John decided to pursue additional education with the goal of becoming an orthopedic Physician Assistant. He attended Drexel University in Philadelphia, PA from 2013-2015. He graduated from Drexel University in 2015 at the top of his class, with a Masters of Health Science/Physician Assistant Studies. John then returned to Premier Orthopaedic Associates in 2016 to work as a Physician Assistant alongside both Dr. Shah and Dr. Dwyer. At this stage in his career, he has chosen to focus primarily on the spine and is working with Dr. Shah in both the clinic and in the operating room.

Over the past few years, John has also had the opportunity to work with Dr. Shah on various projects. Together they have written a book chapter and a journal article on minimally invasive spine surgery. They have given several lectures on the latest techniques and advancements in spine surgery. Additionally, they have performed extensive research on minimally invasive cervical fusion surgery and patient outcomes. They are currently working a research project investigating surgical parameters with regards to the lumbar spine.

John has strong ties to the South Jersey community. He grew up in Mullica Hill, New Jersey and his family is from Vineland, New Jersey. It has always been a dream of his to serve the community that he grew up in, and with Premier Orthopaedics he has been able to do just that.